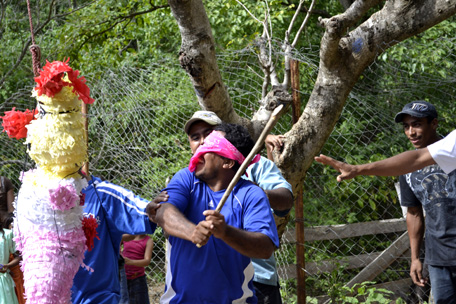 A year ago, I documented my first impressions of Nicaragua and how it changed my perspective of preparedness, living with not much and sustainability in Living La Vida Nica.

Here I am now, about a year later, relaxing in what feels like a cavernous house while waiting on pork chops to finish baking in the oven, while sipping hot apple cider that is laced with immuno-stimulating herbs and pondering a good hot bath later on, having just returned from my second trip to Nicaragua.

For most of us, we simply don’t realize how GOOD we’ve got it until you’ve got nothing but a hammock in between you and the great unknown howler monkey in the dark (are they hungry? do they eat people or just poop on them?) and a belly ache from drinking not-quite-good-for-you water.

We spent 9 days in Nicaragua, 5 of them going into a remote village named La Uva, to bring herbal medicine and self-sustaining water purification to the good folks that live in a village that doesn’t have little modern conveniences like cars, electricity or phones.

Better yet, imagine if you will, hesitating outside the latrine (called a pon-pon) at night because you KNOW once you open the door, either a bat is going to fly out at you, or, even better, once you remove the new lids on the cement toilets, you’re going to hear some ominous fluttering, some wings beating, some comin-your-way-right-now noise from the depths of the pon-pon to invade your personal space. 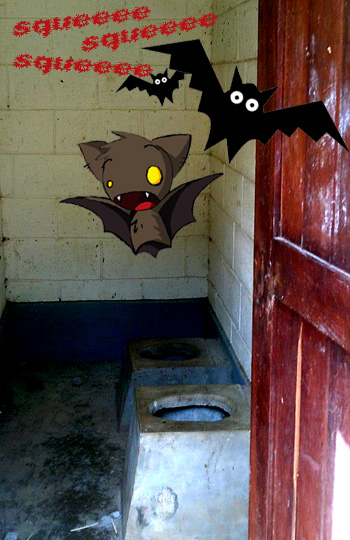 Yes, you have it good.  You’ve got it good because you can walk to your faucet and turn it on for a glass of water.  You’ve got it good because you can eat something other than rice and beans for breakfast, lunch and dinner; you have a stove to cook food on instead of a fire that will fill your house with smoke that will coat and corrode your lungs;  and because you could, if you chose to, see a doctor, an herbalist, an acupuncturist or a magician, if that suited you.  You don’t have to stand at a well to give yourself a sponge bath, wash your clothes AND trot home with a bucket of (contaminated) water to drink and cook with.

So I had some observations on this trip.  Since there are other blog posts about the herbal clinic our group did and the water purification our team introduced to the community, I won’t repeat it.  This is more of the hermist-eye-view of a land that was dunked head first in a vat of color, heat rash and gallo pinto.

1. Gallo Pinto.  Speaking of.  The most common Nica staple, you’ll be seeing it breakfast, lunch and dinner. If you are wearing your lucky socks, you may see fried plantains with it. After Day 2, you will wolf those plantains down just like Walmart shopper that takes out a small child in the way of a doorbuster sale tv.  Some people can’t get enough of it … others?  Well, lets just say for some, rice and beans won’t be on their plates any time soon….

2. You need livestock.  The Nicas have this one figured out.  Everywhere we went, we were either tripping over a pig, a chicken, having a cow suspiciously give us the stink eye or we interrupted a steady stream of ducklings, chicks or piglets squealing after their mama. Entire families of fowl, fur and cluck lined river beds, minding their own business, guarded by skeletal family dogs and eating bugs.

The Nica in this region do not have refrigeration, so when they harvest an animal, its a community thing and everything down to the bones, pelt and fat are used right away.  Up here in the good old US of A, if we used more of these basic homesteading and community concepts, we’d be on our way to some sort of food self-reliance instead of a full panic every time there’s a hurricane that rolls through.

3.  Older Nica men are the bomb.  Trying to figure out how to drill into plastic without a drill?  If you’ve got a match, a stick and a nail, you’re about to be schooled by a total bad-ass named Don Luis — who, before you can turn around, will have a fire started, a nail hammered into the end of a stick and that heated up nail neatly slicing through plastic like a hot knife in butter.

4. Pinata parties are scary.  Hand a stick to a small capable child or an excited grownup, and then make sure you stand back because there are going to be flying Hello Kitty body parts pretty quickly.  Are they an excuse to bash the living daylights out of cartoon creatures, a creative way to get a lollipop or a way to blow off steam — who knows.

It is pretty obvious that more than just the kids relish the carnage though. It brings out the delight in all ages.

Just sayin’.  See this guy? I don’t think he was even aiming for the pinata.

5. Nica girls get to wear the BEST dresses.  It makes me wish I was 8 years old again.  Of course I was just a mess of band-aids on both knees, mud from the garden in my hair and … awww hell.

Dressed in their Sunday best, these little visions somehow manage to stay clean, crisply ironed and have totally cute hair even while running around decapitating pinatas.  And our group?  We looked like someone had pushed us off a ravine with a mile to fall.  And that was after we woke up and got freshly showered and dressed. 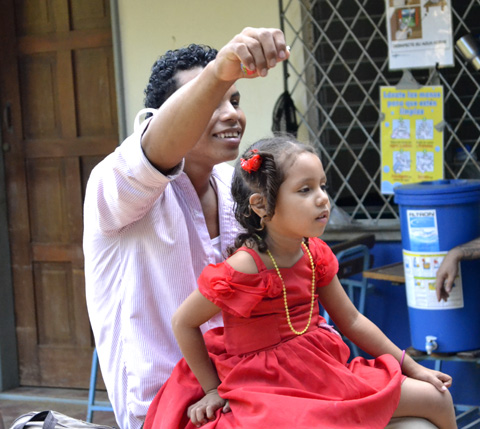 How do they do it?

6. The Nica are a beautiful people.  Whether they are young or old, they have a certain simple and quiet grace.  To be around them for our trip was a treat. 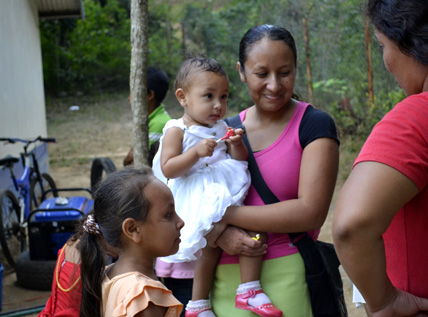 They found happiness just by being around eachother, without cell phones, video games or other distractions.  Its a sweet addiction. Nicaragua, so much about your rough and jagged edges makes me walk the edges but the more I watch and learn, the more I want to return and step closer. 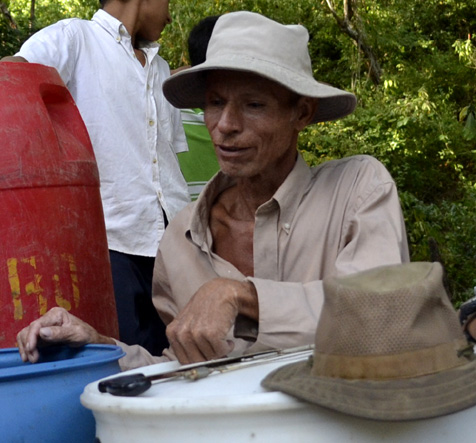 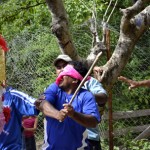