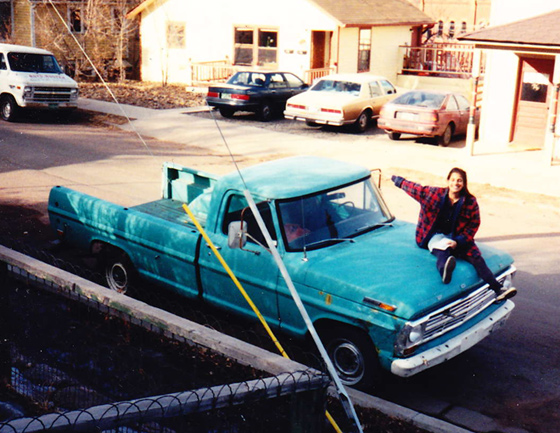 I grew up where my summers stretched into late October and Trick-or-Treating was a  hot and muggy experience. By Easter sunday I was running barefoot through the yards again and had been known to go skinny-dipping as early as March. At night only, of course.

Fast forward to February of 1992, with me carefully trodding up a snowy and ice-packed trail to an inconclusive winter location on a piece of sheer rock face in Colorado that my then-sweetie Sam owned.  Teeth chattering, I couldn’t recall ever being quite … so … cold.  After he examined my icy feet while shaking his head and chuckling, he handed me my new best friend, the Army-issued green wool sock.  Since that day, I’ve never had less than 2 pairs in my sock drawer, even now that we live in nearly tropical San Antonio. 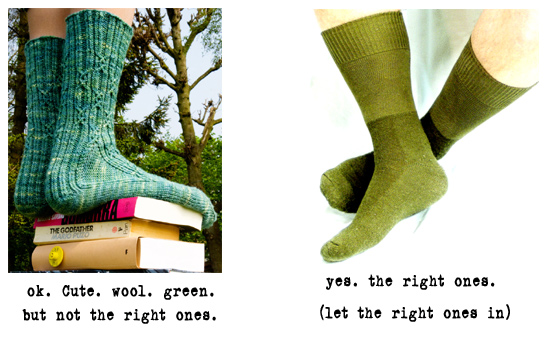 Back then, I thought all I needed to keep warm was the heater from my ’69 Ford pickup. Granted that heater could melt glaciers in other states without leaving the driveway.  Guess I got spoiled.  I quickly learned that thin cotton socks, even in hiking boots and one humble long john shirt under my flannel (it was all the rage in the early 90s yo) jacket were all I needed.  Oh  how I learned.

I hate to be cold.  I’d rather be near passing out from heat, with sweat trickling down my back and the siren of the cicadas making me hallucinate.  I have learned of course, to disguise my teeth chattering (“boy is it BRISK out here, yes sirreeeeeeeee”), to walk faster in order to build up body warmth, and of course, and most important for me, to dress right.

Poly-pro shirts and leggings along with wool socks are my mainstay.  Gore-tex sleeping bags … I’d kill you if you had one and I needed one, thats how awesome they are.  You can practically cook your dinner in one, they are so toasty.  And of course, any combination of wooly mammoth layers that is necessary to keep the feeling in my feet, fingers and ears.  And as long as my lower back is covered, snug and warm, I can deal with getting everything else warm.

It’s been about 4+ years since we packed up and moved down to San Antonio. I remember putting out my old Sorrel-style snow boots upon our departure and singing them a goodbye song that went something like “so longggggg you WINTERYASSMOTHERFUCKERS!!!!” before putting on my flip-flops and heading off to the triple-digits of Texas.

It must be about the high 40s today, with grey rainy skies and a chill that runs through this house along the floorboards.  Outside our chickens are fluffed up to comical proportions and one of the dogs does NOT ‘wanna go’ check out the squirrels. It’s windy, its gloomy, I can feel a vampire-television-series marathon welling up…

Granted, if the end of days is going to strike us; I’d rather brave it out in the wilds of Nicaragua, where we just returned from, than in any sub-freezing locale.  In the Nica, cold is defined as putting on a t-shirt to go out rather than a tank top.

I learned something important about myself that I am always careful to consider when making plans of any sort.  I don’t like to be cold.  Breezy drafty, thats all fine, but if there’s a freeze and my name is apparently on it, I make changes.  A warm hermit is a happy hermit and I’ll be donned in the fuzziest abominal snowman attire that i need to, if thats what I have to do.

Because then, if I can be warm, I am happy.

“Baby Its Cold Outside“,  sung by all satin and maple sugar awesomeness, Ray Charles and Betty Carter. There is no better version.

Recipe, Hot Buttered Rum.  Don’t like rum?  Spiked cider. No?  How about mulled wine?  Don’t tempt me, I could do this all day.

The army surplus store. Where else can I buy the treasured green wool socks, rain gear, freeze-dried hot dogs and nose plugs at the same time? 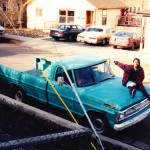