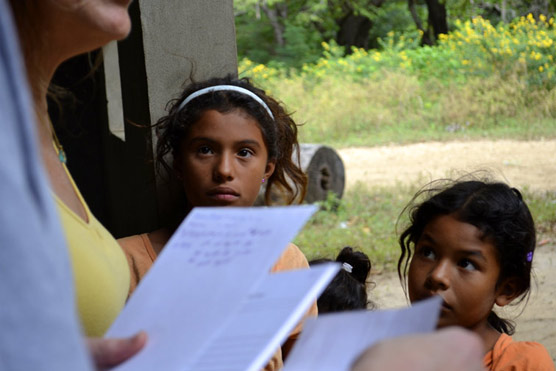 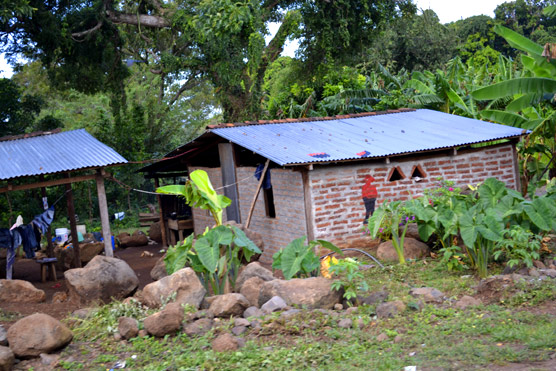 It’s unexpectedly cold here, after returning from 12 days in rural Nicaragua.  Of course I didn’t notice it was cold before we left, having grown used to the winter ‘chill’ of South Texas, but I sure feel it now that I’ve been extracted from the humid and balmy embrace of the Nica. 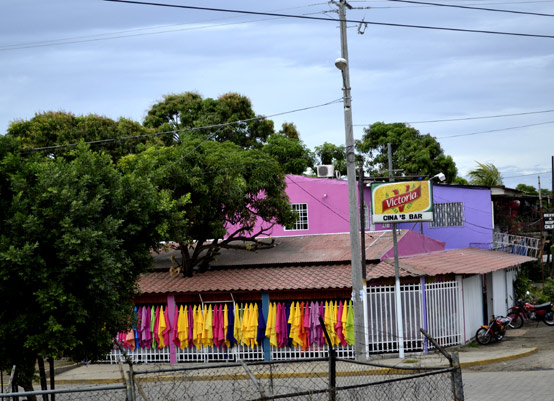 It was a scouting trip of sorts, an excursion into the poorest country in Central America, where everything is double dipped in saturated color, sooty beauty, and noise.  The Nica does not sleep.

Part of the trip was about the medical needs of the Nica’s poor. We spent several days helping out in quickly-constructed rural clinics and the area’s primary hospital.  A team of 21 medical students and doctors from Michigan descended with an arsenal of pharmaceuticals and a state-of-the-art ultrasound machine, Sam with his tinctures and herbs, and me with my two hands for soft tissue massage. 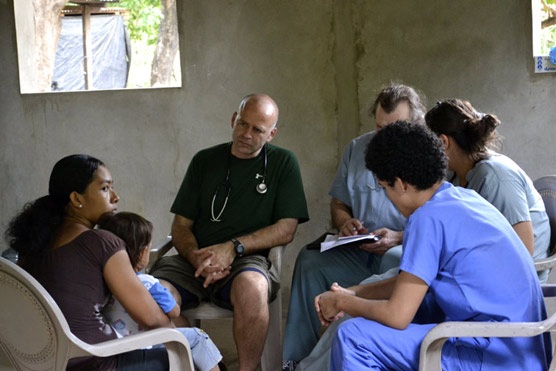 I hadn’t done any massage in almost 12 years, since I burned out and threw myself into the life of an artist.  But I found that once I put my hands on all the preggo mamas and tiny toothless ladies who explained ‘todos’ (everywhere, to you gringos) for the location of their muscle pain …. that it was as familiar now as it was then.

But I digress.  I can talk about all that some other time.  I wanted to talk about how the Nica people, in their simplicity and pared-down lives, are so much more prepared than we are, with our bomb-shelter stockpiling and accumulation of things to keep us safe.

Huh?  How can some of the poorest people on the continent be relatively unaffected if the lights ‘go out’ and don’t come back on? Well, half the time, the lights are off anyway, with winds frequently tripping off the power and plunging the Nica into a slower but relatively unchanged pace. 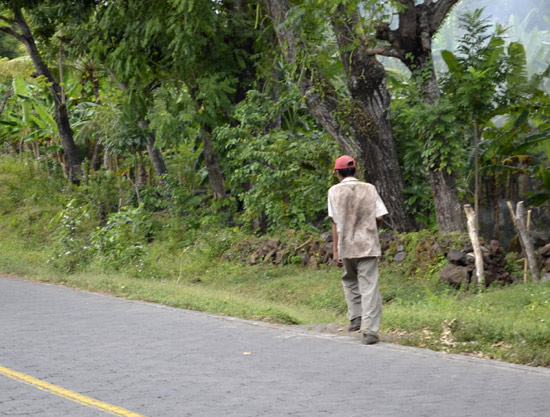 Think about how it is when there is a power outage in your neck of the woods.  The fridge stops its hum, there is no internet, if it was cold outside, its suddenly much colder … otherwise the temperature of your world starts to rise quickly.  You can’t cook dinner because the stove won’t work.  Maybe the water purifier on the fridge won’t work.  And the chargers for your phone, ipod and other electronics gives you the cold shoulder. And. THERE IS NO INTERNET!

In the rural Nica, not much changes. Most of the stoves are propane, so they warm up gallo pinto (rice and beans).  If its hot (because its never cold), they just go outside to sit on the porch and cool themselves with the breezes off the coast. No car? No problem. They get on their horses (or on the I-kid-you-not, ox-drawn cart) and get going. Or they walk.  They adapt easily and don’t spend any time stressing over the small stuff.  Half the time I suspect they don’t even notice when the power is interrupted.

I started thinking about how the US seems to be lumbering towards a nervous panicked state regarding food, resources and safety.  We worry what happens if there is an emergency and the stores might run out of food and water.  We worry about electrical shortages due to an over-taxed power system. If there is a gas shortage, we wouldn’t be able to drive.  Most of us are completely unprepared for anything greater than a couple of days without life’s comforts.

As a culture, we’ve been largely stripped of our abilities to improvise, survive and thrive as we’ve slipped into the comfortable embrace of convenience and security.  That is really too bad.  A nation of scrappy balls-to-the-wall miscreants is now the over-fed and clueless.

On a hike up one of the amazing Nicaraguan volcanoes, I was humbled immediately by our guide, who probably hiked the damn thing, up and down, 4 or 5 times a week.  Before he started doing the hikes for wimps like me, he harvested coffee and beans from the volcano hillsides.  He could identify not only the types of trees, the dangerous snakes (and monkeys that sounded pretty uh, scary, in the background) and insects with their habitats, but he also knew which trees had the edible berries, when to pick the beans, where they grew and so much that I felt pretty much like a walking marshmallow of ignorance.

And we consider ourselves to be the evolved ones, right?

If he had to get by for a month without electricity or trips to the grocery store, I doubt he’d notice it.  Life is abundant there, with mango and orange trees incubating hordes of fruit in every conceivable spot; and with sugar cane, rice, coffee and red beans growing on hillsides, backyards, fields and practically everywhere you look.  Chickens, pigs and cows are in every yard with horses, goats and oxen ready to move.

Meanwhile, our culture has sold off these same survival skills for technology and consumerism.

I am certainly not denying there are things that would be very hard to do without, here in the US.  I think I’d probably prefer being in a US hospital over the one I spent time in at Rivas … but in all honesty, I’d actually prefer doing a holistic solution at home to any hospital if it was an option.

Just food for thought.  It was an eye-opening experience and I was incredibly humbled by a world that on one hand seemed so simple and rural, but ultimately, had just about everything they needed, right there.

Got an opinion on the matter?  I wanna hear it. Start typing now.

A couple of recent discussions about gettin’ by with not much and being just fine:

The Self Sustained Lifestyle, Part one and Part two. 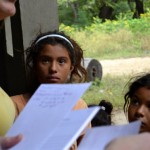