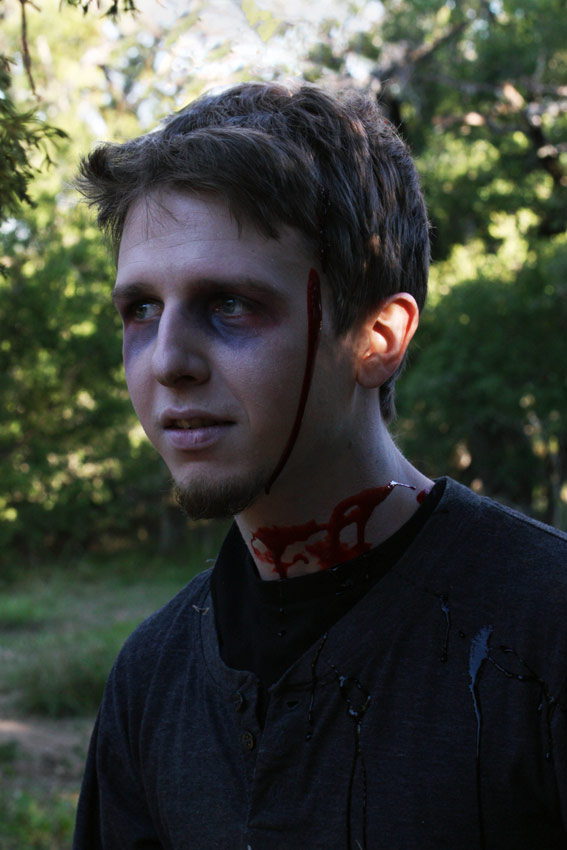 **by the WAY …these photos are copyrighted and are not available to be copied or reproduced. If you want to use one of these photos, please contact The Hermist.  We’ll set you up with the photographers.

Some people run marathons to test themselves. Some lose weight or climb Mt. Everest or go back to school for a new vocation or get married and settle down … all in a pursuit of a new personal best or to better themselves, to live that life fully, inspired and rich.

Others, like our group of 27 Pathers last weekend, scale their own mountains. They endured discomfort, uncertainty and hunger while trying to evade a horde of barely coherent but ravenous flesh-eating zombies that constantly tracked them down as they tried to navigate a barren abandoned rock quarry. In the dark. With no equipment.

Armed with basic survival skills, the Pathers were testing themselves to see how they would react in a pandemic event.  Messy, disorganized and chaotic, it was an exercise designed to push them, expose their weaknesses and help them find what they needed to work on for their own self-improvement.

Time was against the students; they were scattered as their leader was ‘shot’ and killed, and they had to run, unprepared, into the bushes and away from a shuffling swarm of undead zombies that re-appeared each time they thought they could pause and re-group. 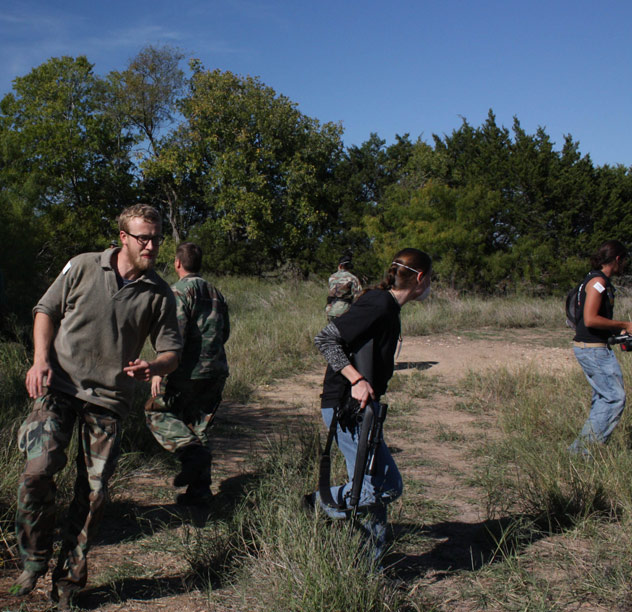 Sitting on a rock and disoriented as his brain starts to slowly ooze out of his head and onto his neck, this zombie had only one thing he could focus on. 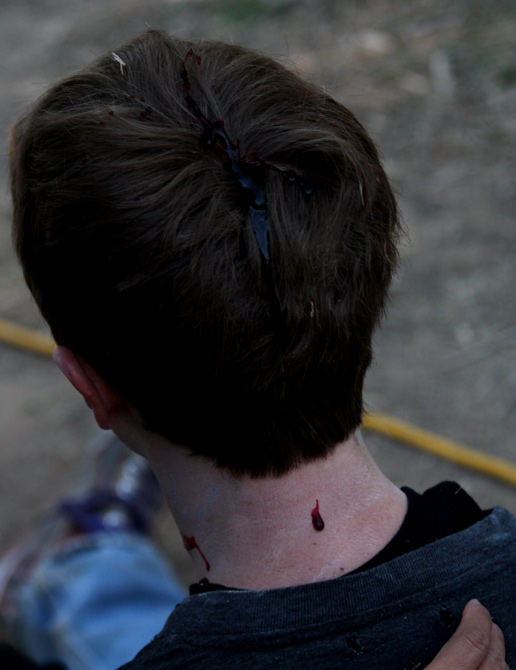 Through a cloudy haze, he can make out the shape of a Pather.  When the Pather turned on his headlamp, the zombie could then see him clearly, hear the quick drum of his heartbeat and almost smell the blood pumping through his veins. The light drew him like a moth to a flame, and in a flash, he stumbles to his feet with a thick gurgle and a hiss.  Although the shouts from his maker, El Salvador, were only muffled bleats to him, he knew what the command was.  Chase. Eat.

So why did 27 Pathers choose to do this test?  Joining a book-of-the-month club is markedly more pleasant, and its easier to track transformation by a dipping scale that shows progress.  As temperatures plummeted that night, no doubt they were cold, hungry and worn down from hours of constant running and stress.

From the start, the students were pushed off balance.  Their keys, cellphones and wallets were taken from them by a gruff  post-apocalyptic beauracratic rescue worker who then abruptly ran away, leaving them unsure of where to go or what to do.

They were forced to crawl through heavy brush and were then met by rescue workers who promptly turned guns on them, searched them, took away all of their gear and ultimately offed their leader in a paranoid frenzy.

The pathers then spent the next 18 hours running. They ran from zombies, ran from El-Sal’s ‘minions’ who were armed with the zombie virus in their guns, and they ran to beat time as the sun began to slip away and all their gear remained out of reach. They had to read cryptic maps to find gear and juggle the constantly evolving team dynamics as members of their team were captured, infected by the zombie virus, or dealing with the effects of the harsh environment without proper gear. 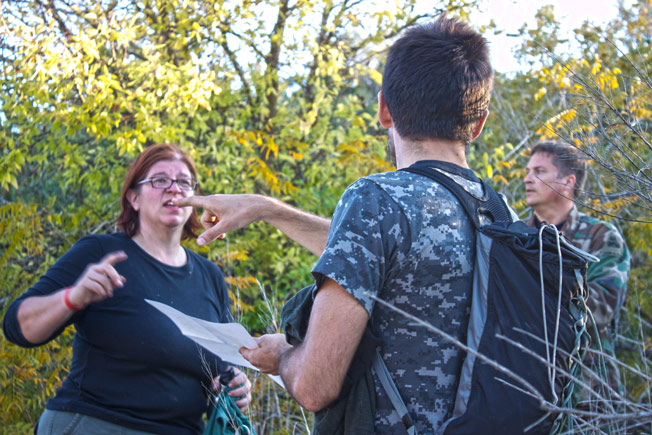 The students planned well in advance for what they thought would be needed for a pandemic event. They arrived in latex gloves and dust masks to prevent inhaling virus spores or skin-on-skin contact with someone infected.

However, they were taken by surprise once their gear was removed and all the careful planning went out the window.  An intentional move, catching them by surprise and unprepared for events that piled up in a big pile of ‘not-in-your-favor’, its much like life.

The teacher who came out in an ‘unscripted’ bellowing tirade to push them in the right direction was the slap that life gives you when the chips truly are down and every mistake matters.   Pathers were treated to double helpings of compounded difficulties well into the night, until they could figure out a way around it.

Working together as a team turned into a crucial component. Never was it so important to be able to rely on eachother, both physically and mentally.

The Zombie Apocalypse was a novel approach to testing the skills each of the Pathers aquired by completing the Core Basic curriculum of very basic survival skills.  However,  a greater goal was in play behind the mad warlord dictator ‘El Sal’, the testy rescue team headed by Dr. Honeycutt, or the constantly creeping hordes of zombies that came from bushes, ditches and hillsides.

The group signed up for more than they’d anticipated from previous scenarios.  This scenario was designed to test skills under stress. There were moments with no clear leader in charge, other planted spies giving bogus directions, and time running out to find their needed gear before dark set in.  The pathers had to learn a vital survival skill. To become flexible.

Participating in a pandemic virus scenario that spawned an apocalypse, the Pathers had to decide how best to protect themselves and reach their goal of finding an anti-toxin that could stop the march of the zombies.  With normal societal rules out the window, the rescue groups that they would normally trust became violent and paranoid and behavior became irrational.

Students had to adapt, to re-evaluate and to change their goals.  In a real-life emergency, scripted plans might be nice and minimal contact with life’s unpleasantness would be the ideal outcome.  However, when that bus stops in the middle of nowhere with no one to protect you but yourself and your wits, how prepared will you be? 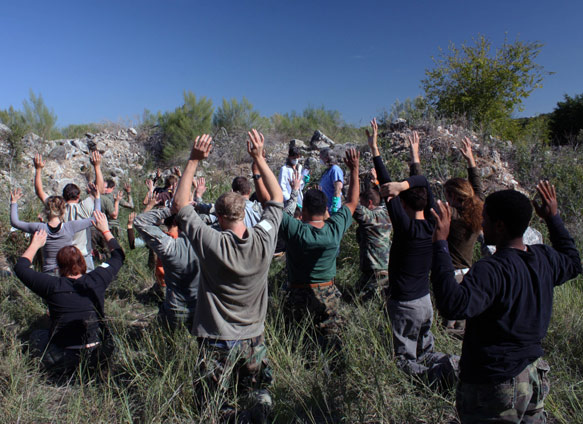 The Zombie Apocalypse concluded at dawn the next day, with a deep October chill over the rock quarry.  Pathers found their way back to the main camp area to de-brief and talk about their experiences with the end of society and the advent of chaos.  The zombies, squinting in the daylight, began their fade out of sight. Free from evil impulses and the raging effects of the zombie virus on him, the warlord El-Sal finally took off his always-present black leather gloves.  Students found their sequestered gear at last, and one by one, began their trips home to a non-apocalyptical world.

In the pursuit to challenge themselves and their skills, the Pathers took on the uncertainty of post-apocalyptic life where all of society’s rules were changed and life happens on unsteady footing in a hectic pace.  Miles away from that book club, the Pathers took and climbed that first summit, zombies and all.

But be ready. This was only the beginning…

For more information about the Zombie Apocalypse and what is coming next, visit The Human Path.

For the Video introduction coverage

For an awesome slideshow page.

And special thanks to the many MANY volunteers that stepped up to fill the shoes of the undead, the documenting media and so many other crucial parts of this scenario. The Hermist was tickled to work with all of you and loved every bloody minute of it.

**A special thanks to Jessica Qualls and Amanda Nicole Villarreal for lending their photography skills to the Human Path. 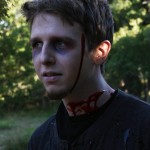