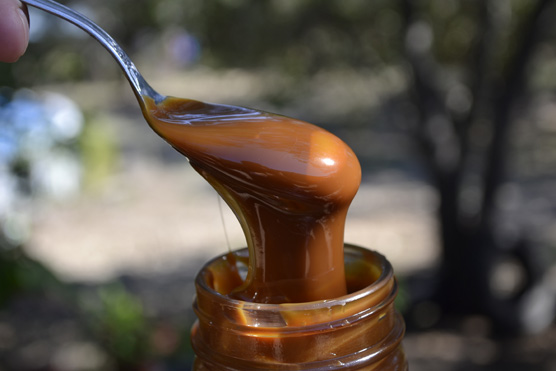 Today my car thermometer read only 91 degrees.  Hence the sweater I was looking for this morning.  Fall is on its way here in South Central Texas.  We know this because of the arrival of large cardboard flats of pumpkins at every store in town, and a Mt. Everest of dog hair as my seven dogs collectively switch out their summer sherpa wear for their winter sherpa wear.  I mark autumn with the new daily facebook posts by a certain beloved friend who loves all recipes of the butternut squash variety, zombies and the creeping appearance of red and green christmas themed crap at the end of the Halloween crap aisle.

Give it a couple of weeks and that Christmas crap will overtake the Halloween aisle and need an entire department set up for it at Target. 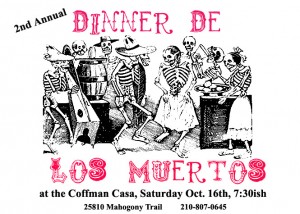 I like some tradition, and many traditions I make my own.  For the last two Octobers,  I’ve hosted a Dinner De Los Muertos, where all of my living friends get together, eat food and celebrate the Day of the Dead.  This year, between all the primitive outdoor cooking and Zombie Apocalyse and whatnot in my busy schedule, my Dinner De Los Muertos will have to be downscaled to platters of brains and body parts as part of the Zombie Apocalypse. 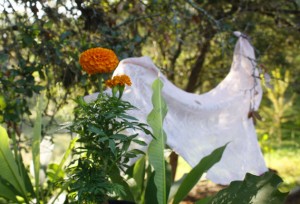 But no, tradition isn’t lost on me.  Tradition represents ritual and those meaningful motions that we go through are what connect is both to the land and to eachother.

But lets give it up for the crap-fest of merchandise that defines the descent to the shortest day of the year. I’m tired of being told that I love cranberry sauce from here until November 27th but not a second longer.  I don’t want a turkey themed candle holder, don’t want the perfect centerpiece in fall hues and don’t need to hear Christmas tunes when September has barely left the room. Quit that shit! You make September feel like the grandma who overstayed her welcome at your home when you can barely wait to start watching the game.

What do I want and what will I agree to?  Leche quemada with my apple slices, courtesy of the goat who bleated up some caramel happiness for me.  And you too, I suppose, if you want to go buy a jar. 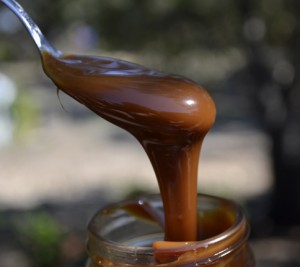 I want homemade tortillas, pecan pralines and chicken tortilla soup made with those awesome Hatch chiles I’ve been hoarding. I want a good scarf when I wake up outside on outdoor-cook mornings and its cold from a long night of shifting on a YOUWILLNEVERBECOMFORTABLEBUTQUITYERBITCHINORYOULLLAYONTHEGROUND cot. I want cranberries for as long as I want them and I’ll figure that out without the help of TV and media, thanks so much. 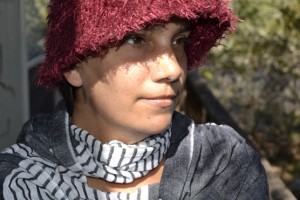 But most all, and most important, above all, i just want the dogs to stop shedding so much. 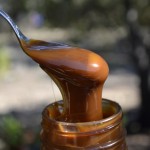