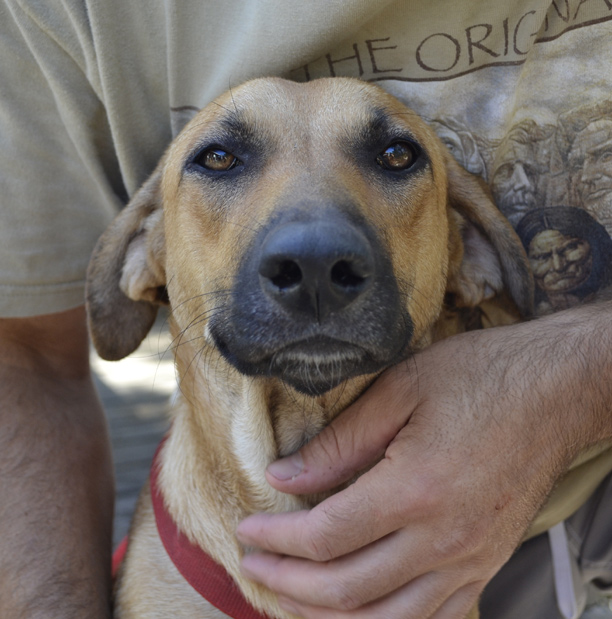 Earlier this week, I saw the rounds of photos (this one taken by a local news reporter) making their way through Facebook about a dog that was abandoned at the scene of a terrible fire in San Antonio.  An entire apartment complex had burned to the ground, killing one child and injuring many others.  All that was left were mangled concrete pillars, staircases and ash … and this dog, waiting patiently for someone to come for her. 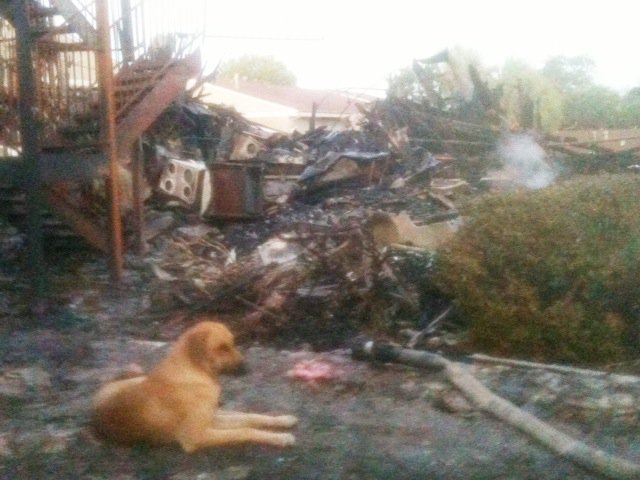 She stood watch for two days with no food or water given to her.  No one arrived, and she continued to patiently wait.

Sam loaded her up into his car and brought her home. She was so dehydrated that she would barely move, spending that first day lying lethargically in a ball, accepting only Pedia-Lyte from a dropper and weakly wagging her tail.  Sam set straight to work with showering her off, and giving her chicken broth with Kaopectate to counteract her bad malnutrition. 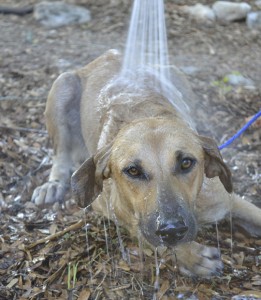 While she had been clearly waiting for someone, after cleaning this pup up, it became evident she’d been on her own.  Maybe 35# sopping wet, her hips jut out, her skin is taut on her ribs and she’s got not so much as an ounce to spare. Several ticks had to be picked off, and she is not yet spayed.  Ask yourself about the type of person who leaves a creature like this for days without any help, and worse, has set their preceding life to be absent of any real quality of care. 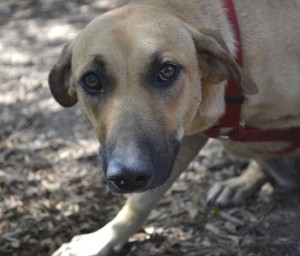 If my world crumbled and went up in flames, my priority would be my family and that, for me, includes my animals. Every one of them.

This beautiful creature, meek and soulful-eyed, is going to make the best friend for someone lucky. She’ll be the thumping tail by their bedside in the morning, eager to follow them through the backyard, tend that garden or look quizzically (did i misspell that?) at the nature that is all new to her.  If her new owner has a homestead, Phoenix, (having risen from the ashes of this fire) will be patrolling the land and keeping her own watch over someone who deserves her.

Being a caretaker to the land is a crucial and important thing that all humans should do, but few choose to.  Being a caretaker to a creature like Phoenix is a second way to make that connection, and to, in seconds, with little effort, change an entire life.  There is no greater love than this.  I guarantee that. 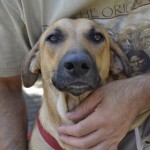